Pray for “Persecuted Church.”  It is real.

Pastor Dilson, Facing Possible Imprisonment for Missions Work
Pastor Jose Dilson, a Brazilian missionary who has worked in West Africa for 25 years, faces a possible prison term in connection with the Christian conversion of a Muslim leader’s son. The pastor spent five months in a Senegalese prison before being released in April 2013, pending final resolution of his case. While in prison, Pastor Dilson distributed 350 Bibles and witnessed to many fellow prisoners. The final ruling on Pastor Dilson’s case is expected soon. He and his family have asked us to pray that they will not be fearful but will “give a good testimony of our faith in the Lord Jesus Christ.” 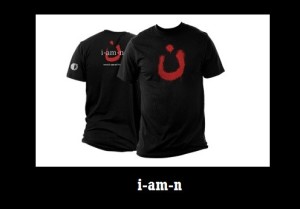 Are You “N”?
Our brothers and sisters in northern Iraq have been given an ultimatum: convert to Islam, pay a high tax, leave the area or die.
The terrorist group IS (Islamic State) has painted a large Arabic letter “N” (nun), from the Arabic word
nasara
(meaning “Nazarene” to indicate Christian), on their homes to identify them as Christians.The Voice of the Martyrs is now serving Iraqi Christians who have fled the terrorists by providing them with daily necessities and assessing their future needs. Many of these believers fled with only the cloths on their backs.

You can help support your Iraqi brothers and sisters by designating a contribution, purchasing one of VOM’s new i-am-n shirts, or both.
VOM’s new i-am-n shirts feature an image of the Arabic letter “N” similar to those painted on the homes of Christians in northern Iraq by IS (Islamic State).
$10 of each purchase will go directly to support Christians facing islamic extremists.